It was the sound heard throughout the world. Buses ground to a halt in Central London, pogo-sticks stopped with a squeak in New Zealand, children fell off their chairs in Tokyo and no one laughed. It was the sound of a yellow and black 2B pencil with a 2mm tip. The sound of it snapping. In silence the shrapnel fell to the wooden floor of the examination room.

“Son of a monkey-humper! It broke.”

“Jeff Turner, will you keep your voice down please,” said a stern-looking woman in her late thirties, dressed in a floral white blouse and skirt. “Some of us are trying to finish an exam here, and some of us are trying to decide if it was a wise choice to place a ‘missed connections’ ad for the guy who accidentally spat on their face during the train journey to work yesterday morning.”

Young Jeffrey slammed his clenched fist against the surface of his desk. “I’m sorry Miss Watson, but my pencil just broke.”

“Nevermind. It’s not the end of the world,” she said.

Yet unbeknownst to all of them, it was. This one event would kick-start a chain of disastrous consequences. A chain which would culminate in global catastrophe, the like of which had not been seen since time’s beginning, nor will occur again.

END_OF_DOCUMENT_TOKEN_TO_BE_REPLACED

Short Story: ‘Interview at the Ruins’

A wall of video monitors stood in front of Marshall Ledbury, he leaned forward in his chair as he surveyed them all. “Standby. We are live in thirty-five seconds. Des, roll credits,” he said into his headset. He watched on a monitor as the credits ran through, making sure that all five of the cameras were in place. “Okay Kate, lights up and cue the applause.”

The house-band started to play a clean yet furious riff with intricate beats while a small crane swung a camera over the audience as they clapped and cheered, standing. Hundreds of eyes watched the intermittent glow of the applause sign, converting it to enthusiasm en masse.

“Camera one, standby,” he said, watching as a woman in her early thirties stood at the front of the studio stage. Her wavy brown hair curled under her chin, settling gently on her shoulders and neck. She quickly checked that her microphone was still clipped on to the top of her elegant white maxi-dress. She scanned the audience in front of her, her arms resting on her hips with her face projecting an impressed smile which mirrored a similar expression worn at this point on at least fifty-percent of the previous shows. She nodded her head slightly as the applause died down. The glowing sign had ceased.

Turning her attention to the camera in front of her, the woman began her routine upon Marshall’s cue. “Good evening, and welcome to Saturday Night with me, Ashley Chapman. The mayoral elections this week saw Jason Paddock take control of the capitol, after promising to cut rising fuel costs, bring in harsher punishments for criminals and reduce hospital waiting lists. He’s solved all three by personally overseeing development of the new Prius Soylent. It offers an impressive 98 MPG. That’s miles per grandmother.”

Applause and laughter. Ashley smiled back at the audience, clasping her hands together.

END_OF_DOCUMENT_TOKEN_TO_BE_REPLACED

(…continued from part one) 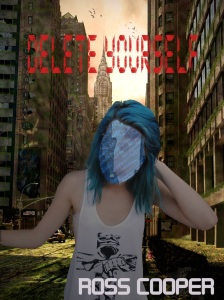 A stiff breeze ran through the room, beginning its journey from the far wall. It carried the light odour of raspberry and fermentation with it as it travelled. It picked up the sounds too: the clinking of glasses, the laughter, the hum of the ventilation shaft. They all combined to form the atmosphere of the dining room. An atmosphere which held in the warm radiance of light, bouncing it around until its energy was absorbed by the life within.

“…and when will these sweep the land?” Hanin asked, tucking her leg under itself as she turned her body to face him.

“Thirty years, tops. Then every Corean will have their own hoverboard. If I were a betting man-”

“You gamble all the time,” she said.

“Okay, fair point. If I was a betting man with more than a hundred credits to my name, I’d be investing in them myself.”

Simone placed her glass of homebrew back onto the table which stood in the middle of the room, surrounded on three sides by lengthy settees, all uniform creme colour with splashes of floral patterns on cushions which sporadically filled the gaps between people.

“I’m clearly wasting my time then Canti,” Simone said, leaning back into the chair. “I’ll get working on the anti-gravity plank of wood right away. Well, as soon I sober up.”